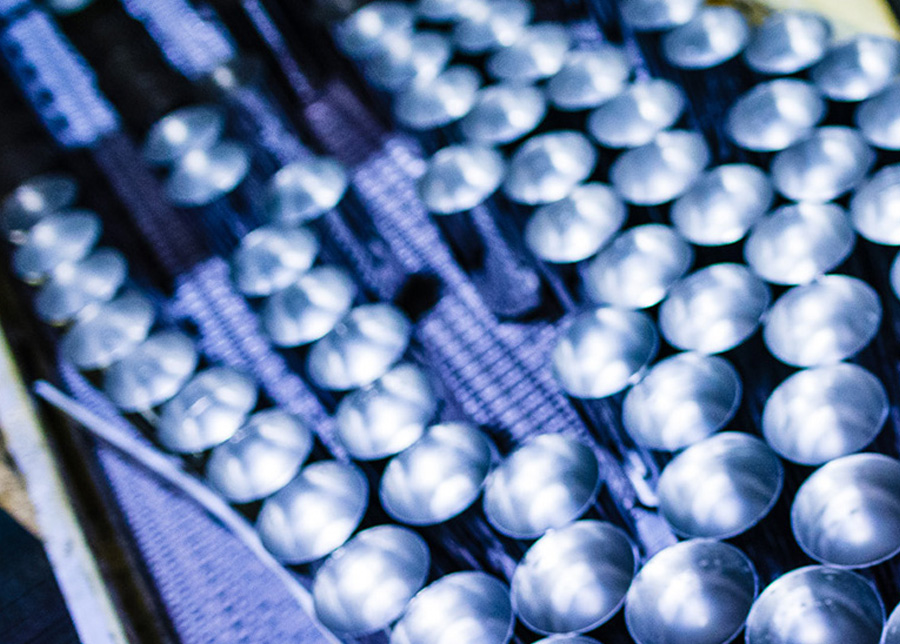 I’m going to discuss what’s driving the renewed environmental interest and concern regarding packaging and the environment, and describe how metal packaging scores in this respect and offer my views as to what we need to do to respond to those environmental concerns.

The total environmental impact of packaging (including its recycling and disposal) is very substantially less than the collateral environmental damage that would arise from wasted product if it is not correctly packaged and protected. We in the industry can’t over-emphasise that packaging conserves far more resources than it ever uses.

Packaging only exists to contain, protect, preserve and promote products.

It’s not an optional extra – it’s a fundamental part of our national infrastructure which enables the way in which we live today.

Demand for packaging is directly linked to consumer demand for products. In an era where consumers expect to buy the widest range of goods and services 24/7, this can only be achieved by the appropriate packaging of products. On average, the overall impact of packaging is less than ten per cent of that of the products that it contains. The amount of packaging used in the UK has remained virtually unchanged for the last ten years despite significant increases in consumer consumption

Packaging at the end of its useful life (so called packaging waste) represents a usable and available resource for recycling and recovery – including, as appropriate, energy from waste. It’s less than twenty per cent of household waste and the small amount of unrecovered material is less than three per cent of annual landfilled waste.

Packaging actually plays a significant role in the sustainable economy by maintaining the value in a product for as long as necessary and helping prevent product waste.

In fact packaging’s a prime example of how the circular economy can work.

What is driving circular economic thinking?

The global economy has followed a linear pattern of production and consumption for the past 150 years and in that time has lifted hundreds of millions of people out of poverty.

But this model has reached its limits as ever greater pressure is put on the Earth’s resources. A linear economy can simply no longer provide the growth to sustain rising living standards across a global population which continues to expand apace.

Circular economic thinking means maintaining access to materials and resources for continual and future use. With an ever-expanding human population and rising standards of living across the globe, it’s likely to be the only viable option to maintain standards of living. A more circular economy means keeping the value of products, materials and resources in the economy for as long as possible, whilst at the same time minimising waste.

The UK increasingly re-uses and recycles the resources it already has and it’s estimated that a more circular economy could help generate 50,000 new jobs with £10 billion investment, boosting GDP by £3 billion.

Pressure to demonstrate and achieve material energy and waste reduction is coming not only from the law-makers and regulators, but the market is demanding that packaging manufacturers demonstrate sustainable practices.

Sustainability has become one of the key performance indicators of a business’s health.

Major retailers, consumer goods and packaging companies in the UK are responding to consumers’ concerns and seeking to differentiate their offerings compared to their competitors by establishing their sustainability credentials. They’re insisting on certain standards throughout the whole of the supply chain.

Business sustainability is often defined as managing the triple bottom line – a process by which companies manage their financial, social and environmental risks, obligations and opportunities.

These three impacts are sometimes referred to as profits, people and planet.

You can see how a major UK retailer, Marks and Spencer, under its ‘Plan A’ is insisting that its packaging suppliers adopt sustainable packaging design, that they reduce waste through recycling, minimise process waste during the manufacturing process, cut carbon emissions, and light weight their packaging with full traceability of ethically sourced materials. They’re committed that by 2022 all their packaging will be recyclable or widely recycled.

So I’m going to look in a bit more detail how metal packaging, the sector my trade association represents, scores on the environmental and sustainability front.

The Metal Packaging Manufacturers Association represents the interests of companies involved in the production of light metal containers, closures and components: we’re the lead voice of the United Kingdom’s metal packaging sector. As an industry we consume over 600,000 tonnes of tinplate and aluminium each year, supplying 32 factories, employing over 4,000 people and selling around 18 billion units per annum.

We protect and support our members’ interests on a wide variety of issues to government, both European and British, and we promote the benefits of aluminium and steel through education programmes, industry awards and through the media.

Metal packaging: a changing landscape for our industry?

I believe it’s clear that metal packaging has to demonstrate and achieve real sustainability performance improvement if we’re to make the can one of the most sustainable packaging materials in its supply chain.

This is already happening. For example, the largest global can makers have committed themselves to making significant reductions to their companies’ impact on the environment by 2020.

Metals: the circular economy at work

Both aluminium and steel are ‘permanently available materials’.

It used to be that there were two recognised characteristics of materials: renewable and non-renewable but thanks to the efforts of the metal packaging industry there is now a third category – permanently available material.

Metal’s ‘permanently available’ status is now enshrined in BS 8905 and its status is also recognised in the EU Circular Economy Directive.

Recycling: the key to consumers

Consumers have a strong preference for companies that adopt environmentally friendly products and packaging, and support companies that carry out recycling.

In fact metal packaging is recycled more than any other primary packaging material.

Steel is the most recycled packaging material in Europe: 78 per cent of steel packaging is currently recycled, meaning over twenty years of continuous improvement by the steel for packaging sector where recycling rates have risen more than threefold.

And the important thing to remember about metal packaging is the percentage of material actually recycled rather than focussing on recycled content.

Massive reductions in C02 emissions have been achieved in raw steel making and the plated steel used in metal packaging.

The amount of energy required to make raw steel has reduced by sixty per cent over the last fifty years and with initiatives like the European ultra low carbon dioxide steel project is forecast to reduce C02 emissions by a further fifty per cent over the next thirty years.

It’s estimated that an astonishing eighty per cent of all metal ever produced is still in use today.

And because of the intrinsic value of metal, once made it’s rarely wasted and with good recovery systems in place it’s possible to achieve recycling rates of ninety per cent.

Continually reducing can weights through down gauging the side wall of the can has both reduced packaging costs and at the same time increased sustainability.

The weight of a steel 330ml beverage can has been reduced by sixty per cent, from 50g in the seventies to 20g currently, and aluminium beverage cans reduced by a third over the last 25 years, with no loss of can functionality.

Food waste is a major problem in both the developed and developing worlds.

UK households are still throwing away an estimated 4.2 million tonnes of food and drink annually.

So what can metal packaging do to help?

Food loss in the USA

Well, according to a study carried out by the US Department of Agriculture quite a lot!

It’s important to note that only seven per cent of canned food in the US is wasted compared to 32 and 36 per cent for fresh and frozen food so canned food can make a major contribution to the reduction of food waste.

So, I’ve given a brief summary of the environmental credentials of metal packaging and I believe that we have a track record of success in this vital area and one we can be proud of. And whilst my primary focus is metal packaging, I know that my counterparts representing other packaging materials, plastics, glass, paper and board etc. would also have a good story to tell.

From being a wonder material one day to being a material pariah the next, the language used to describe plastic and by extension all single use packaging is more suited to an existential threat to the planet than an environmental issue which has suddenly assumed centre stage in the British political, media and regulatory world.

As an industry, we’ve been focussed on offering consumers packaging which offers the convenience and benefits that suit our affluent, on-the-go lifestyles. We’ve been working hard for decades to reduce the impact our products on the environment by reducing energy consumption, material useage, landfill, etc. whilst designing our products to be able to be effectively disposed of at the end of their life.

We’ve risen to the challenge of year on year increases in recycling targets and designed and funded innovative campaigns to increase recycling rates further: for example the highly effective Metal Matters and Every Can Counts campaign, funded by the metal packaging supply chain and local authorities.

As an industry, we operate in a fiercely competitive supply chain with constant pressure to innovate, drive down cost and meet our responsibilities to all our various stakeholders and that includes providing an adequate return on investment. In order to achieve the above, often conflicting requirements, we rely on a fact-based, analytical approach.

An authoritative study by the Ellen Macarthur Foundation showed that less than two per cent of global marine pollution was caused by the whole of Europe and North America. Litter is the result of irresponsible social behaviour or inadequate infrastructure – it’s not caused by the packaging manufacturers.

But this is not the perception of the media, the Government and influential, well-funded NGOs; and, as we all know, perception is reality so we have to address this reality.

As an industry, we have failed to communicate sufficiently the rationale for having packaging in the first place and the environmental benefits/savings that packaging brings to society.

So what do we need to do?

We need to signal more clearly that we share the same environmental goals and aspirations as the Government and the public.

We need to communicate in a much more effective and constant way the benefits our packaging brings to consumers and this includes the legislators, all our MPs and, while we still have them, MEPs.

We need to articulate the steps that we have taken and will continue to take to minimise our impact on the environment and be actively involved in improving the planet for future generations.

We accept that the packaging supply chain has a responsibility to contribute more to dealing with packaging once it used and we support the revision of the Packaging Waste Recovery Note system  (PRNs) to provide increased funding for communication to consumers and appropriate investment in collection and recycling systems in order to prevent “leakage” of used packaging into the wider environment.